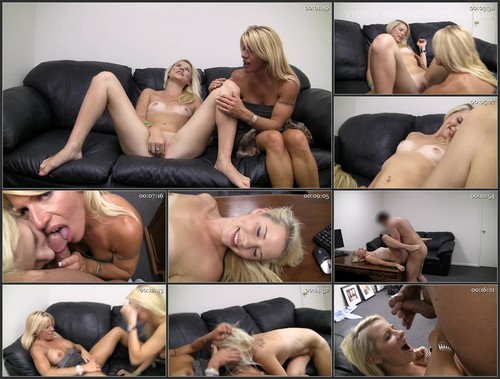 In 2011, a hard drive, which contained the footage of several castings, crashed. The original footage had already been deleted from the cams and everything was thought to be lost forever. I was finally able to recover some of this footage… I told Backroom favorite Ania after her first casting that the producers weren’t quite convinced of her performance in her “demo tape” and she’d have to come back and really go the extra mile. A threeway with me and an older woman (Gina!!) would probably persuade them. Ania agreed and here is the insanely hot result (well, what I was able to recover, which is most of it). Enjoy!