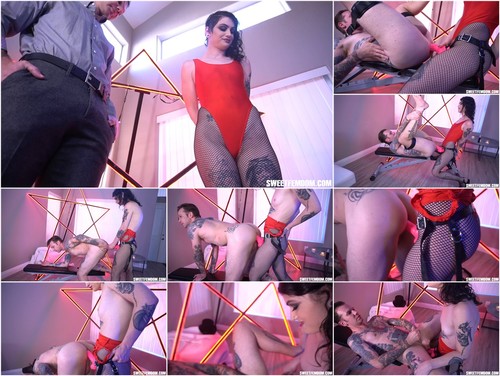 Will Havoc is a magician with a sexy new assistant, Lydia Black. He’s trying to impress her after a show, and she’s mostly just concerned with getting paid. He tells her he can cast a seduction spell on her and asks if she wants to see him do it. She rolls her eyes and says ok, but it doesn’t work on her. Will is a little flustered that his magic isn’t working on her. She tells him she also knows a magic trick. She says “Abracadabra” and pulls a gigantic pink strap on from behind her back. Will is surprised, and doesn’t know what to say. Next thing he knows, she’s railing his ass.